Stephen has worked for the Local Authority since 1989, first teaching in the Primary sector becoming Deputy in 1996. Whilst completing his Masters in Education and National Professional Qualification of Headship he worked in several local special schools. He became headteacher at Bishopswood Special School in 2011 and has been headteacher of John Watson School and Wheatley Nursery School since September 2013. Stephen is a Resources Committee member, JWS Teaching, Learning, & Safeguarding Committee member and WNS Transition Committee member.

Sarah is our co-chair of governors, previously Sarah had been the Vice Chair of the joint governing body since June 2014 . She has had a long association with both Wheatley Nursery and John Watson going back over 16 years, as one of her daughters attended both schools. Prior to the formation of a single hard federation Sarah had enjoyed a successful reign as Chair of Wheatley Nursery. She has a particular interest in inclusion and is active within the local community. Sarah is the Health & Safety Governor, Headteacher’s Performance Management member, JWS Teaching, Learning, & Safeguarding member, Resources Committee member and a Pay Committee member.

Lynn is an experienced corporate adviser who has had an international

career with a successful track record in both the legal and financial services industry.  She is admitted to practice as a Solicitor of the Supreme Court of England & Wales and as an Attorney & Counselor at Law in New York.  As well as having practiced as a lawyer at a leading international law firm, Lynn has also worked in venture capital, private equity, hedge funds and investment banking.

Lynn’s roles have ranged from group general counsel to chief operating officer, managing partner and board director, both executive and non-executive.  In these roles, Lynn has represented and advised high net worth individuals, early stage companies of all types, investment funds, asset managers, global investment banks and multinational corporations.

Her experience spans the breadth of regulation, risk, investments, financial markets trading, structured finance, corporate governance, corporate affairs and mergers and acquisitions.  She has also served as a trustee of a philanthropic foundation, as a goodwill ambassador to Wellchild, the national charity for seriously ill children, and as an adviser to individuals in the entertainment and media industry, the third sector and a social enterprise.

Lynn is Co- Chair of  Governors and is the chair of the Teaching, Learning and Safeguarding Committee. She is a member of WNS Teaching , learning , Safeguarding and Transitional committee member.

Ellen holds an MSc degree from the University of Matej Bel, Banska Bystrica in Biology and English,and a pedagogical doctorate from Konstantine the

She is a fully qualified HR professional and ISI inspector.

Her desire to widen her teaching and management experience in an international setting brought her to the United Kingdom. Her first appointment in the UK was as a participant in the HMC Projects Eastern European Teachers scheme at King’s School, Ely. She also worked at Cobham Hall in Kent for nine years where she taught Science and was Head of Boarding. From 2014 to 2018, she was Head of Pastoral Care, Director of Boarding and Designated Safeguarding Lead at the Royal School in Haslemere, Surrey. From September 2018, she has served as Vice Principal Pastoral at St Clare’s Oxford.

In her school years, she competed in high jump at a national level. She now runs full marathons, half-marathons and does trail running.

Ellen is also fascinated by different cultural perspectives and travels extensively as a result.

Ellen is the Chair of Resources and Chair of pay committee member of the appraisal committee.

Clea has had a long connection with the school, with over 12 years teaching experience across the age range here and has been on the governing body since 2015 as co-opted governor. Clea is now a part time teacher at the school based on the secondary site and has particular interest in family and community engagement. Clea is the swimming Governor.

Liz Elsom became Chair of the Wheatley Nursery School Teaching, Learning & Safeguarding Transitional Committee in
October 2020. Liz is also the JWS/WNS Safeguarding governor and a member of the appraisal committee. She is an early years consultant who has a long history
of supporting quality in the early years. Liz worked for Ofsted for fourteen years, in various roles including inspection framework development,
training inspectors and latterly as head of early years policy. Since taking
early retirement in 2013 Liz has worked as a consultant on various early
years projects in England and internationally. She has a keen interest in
building links in the local community and is currently a governor at
Wheatley Primary School and a trustee of the Maple Tree children’s
centre.

Rebecca is a member of the Wheatley Nursery School Teaching, Learning &

Safeguarding Transitional Committee; Rebecca is mother to two boys. Originally from Witney she moved to Wheatley in January 2013. Both Rebeccas children have attended Wheatley Nursery school and her eldest son is about to transition into year 2 at Wheatley C of E Primary School. When she was young she attended oxford Brooke’s to become a nurse; however she was unable to qualify as fell pregnant with her first born. Rebecca went into caring for the elderly instead and spent the next ten years of her life looking after individuals with dementia and other health conditions. During this time she qualified with a NVQ level 2 and became a care leader. Following the birth of her second child she is now a stay at home mum to her children who both have autism and Adhd, Rebecca has attended several courses on autism and is currently working on a Level 2 on understanding autism. Two years ago Rebecca fundraised for the National autistic society and raised nearly £1000 pounds for the charity with the help of radio oxford and Wheatley Primary by creating awareness of autism. Rebecca  also had a small part in helping the Wheatley children’s centre get funding to keep it running by working with the local councillor at the time. With her experience of SEN and the local area Rebecca is confident that she can bring valuable expertise in aiding the next chapter of her life, by joining the Transition committee for Wheatley Nursery School. 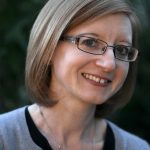 and Modern Languages at the University of Oxford, and is a Fellow of St Hilda’s College. Born and brought up in West Yorkshire, she’s lived in Oxford for the past twenty years. She was the first generation in her family to go to university. During her undergraduate degree in English and Modern Languages, her fascination with the Middle Ages took hold, and her research now focuses on how human identity is perceived and constructed in medieval literature; in particular, the relationship between reputation, legacy, and storytelling. These questions crystallised in her second monograph, Representing the Dead: Epitaph Fictions in Late Medieval France (D. S. Brewer, 2016), runner-up for the Society for French Studies R. Gapper Prize in 2018. Helen has featured as a panellist on Radio 4’s In Our Time discussing the pioneering fifteenth-century writer Christine de Pizan, and has participated in public engagement events such as the Ashmolean Museum’s ‘Live Fridays’, European Researchers’ Night at the Pitt Rivers Museum, and the Oxford Lieder Festival. She contributes to a number of initiatives seeking to widen participation in Higher Education.

Helen joined the Governing body in February 2020 as a Resources Committee member.

Dr James Panton (MA, MSc, MPhil, DPhil, PGCE) is a teacher and academic. He is Head of U6 (Year 13) and Head of Politics at Magdalen College School in Oxford. He is also Associate Lecturer in Philosophy at the Open University. James was previously a lecturer at the University of Oxford where he was Politics Tutor at St John’s College, Hertford College and Balliol College. James grew up in Scotland where he attended Balwearie High School, a comprehensive school in Kirkcaldy. He lived in Cuba and worked for a time in Guatemala before returning to the UK for further study. He has been involved in political campaigning (as co-founder of the Manifesto Club) and events organisation (as a co-director of the Battle of Ideas). He is currently a co-convenor of The Academy, an annual residential conference on politics and intellectual history. He has regularly contributed to debates in the media about education and politics. He is an author of a number of academic journal articles, book chapters, and he is co-editor of two books, the most recent of which is From Self to Selfie: a critique of contemporary forms of alienation (Palgrave, 2019).

James joined the Governing body in October 2019, James is a member of the Teaching, Learning & Safeguarding committee and also the  Resources Committee.

Lois Ward joined John Watson School in September of 2018. She was initially a Teaching Assistant and progressed to the role of Higher Level Teaching Assistant in KS1. Lois completed a degree in Psychology in Barbados and during this time volunteered at a special school there. She then moved to the UK in 2016 and has worked in schools in Oxford. She is currently training through the SCITT programme to become a qualified teacher. Lois is the JWS Staff Governor, Equality governor and JWS Teaching, Learning, & Safeguarding member.

Since September 2019 Shah has been the Vice Chair of Governors. Shah is our parent governor and also the chair of resources committee. Shah has been working as a Head of Clinical Coding at Royal National Orthopaedic Hospital NHS Trust since June 2016. From January 2011 to May 2016 he worked as a Clinical Coding Manager at Nuffield Orthopaedic Centre, Oxford University Hospital NHS Foundation Trust. Shah moved to Oxford in January 2011. Apart from medicine he holds Masters in Education and MSc in Computer Science. Shah joined the John Watson School governing body in September 2018.

I grew up locally and went to Wheatley Park School and have been associated with John Watson and Wheatley Nursery schools since childhood. I am the Deputy Headteacher for Wheatley Nursery School and John Watson Special School, I have been jointly employed by the schools in various roles since 1996. My professional interests are Early Years, SEN (particularly sensory processing and complex needs) and Outdoor Learning.  I have been a Governor at other local schools for seven years.I am married to Clive and have two children in local Schools. I also enjoy watching Oxford United and cricket at all levels. When it is possible I participate in Garsington Pantomimes, usually playing animals with not too many lines!I have been a staff governor and member of the WNS Transition Committee since December 2020.

Alex is a general paediatric and neonatal surgeon at the John Radcliffe Hospital. He is a Fellow of the Royal College of Surgeons of Edinburgh, the Royal College of Surgeons of England, and the Royal College of Paediatrics and Child Health. He is a honorary senior clinical lecturer at the University of Oxford. He received his clinical training in Edinburgh, Glasgow, Leeds, and Nottingham. He carried out his PhD research on surgical ergonomics at Imperial College London. He was a National Surgical Fellow at the Great Ormond Street Hospital prior to taking up his consultant position in Oxford in 2011. He was previously a Foundation Training Programme Director in the Oxford Deanery and the Divisional Educational Lead for the Women’s & Children Division. He also held previous national roles including as the Honorary Treasurer and Trustee of the British Association of Paediatric Surgeons. He specialises in upper gastrointestinal surgery in children especially paediatric surgical enteral feeding. He has specialised interests in ergonomics/human factors and patient safety. Alex is an associate governor.

Martin Pounce – Clerk to the Governors

Martin became the clerk for the Govering Body in September 2019, he has been working with governors for many years and has been clerking for schools in Oxfordshire for the past year.